Just few weeks ago, we announced monKeymining: mine cryptomonKeys NFTs by playing the game AlienWorlds! This has led to lots of ongoing attention and excitement, so here’s another update with a summary of the meanwhile already fourth week’s mining (and staking!) rewards that were sent out today!

The Alien Worlds Team is building an awesome and innovative NFT-based gaming ecosphere with lots of future possibilities including community governance and implementation of third party NFT projects. The game is currently in open beta and mining is live as its first in-game feature just since a few weeks. No worries, mining does not require any powerful computer, it basically just needs your time to play and even works on a normal smartphone. You currently receive Trilium (TLM, the in-game cryptocurrency) and AlienWorld NFTs for mining in Alien Worlds.
If you would like to learn more about Alien Worlds check out alienworlds.io

Note: The following details have been updated and will be further adjusted/updated over time whenever needed. Rewards for the last cycle are unaffected by any new rules. Updates can now also be found at aw.cryptomonkeys.cc

Note: This is provided in full detail for now to make everything more transparent for the community. Future reward allocation details may not be provided at that level of detail to minimize the workload for the team.

We also reward users staking TLM to Planet Neri with cryptomonKeys NFTs. In this fourth cycle, the snapshot of TLM stakers to Neri (=NER holders) was taken on February 11, 2021 (9:19 UTC). As announced we have sent out guaranteed cryptomonKeys rewards to all users ranked within the Top 199 stakers (current staking rankings can always be found here). Everyone in the Top 500 had also chances on bonus cryptomonKeys NFTs.

When we originally announced our staking rewards in mid January, Neri was ranked last of all planets in total staking amount. Due to an impressive community effort, we made it from last to meanwhile first place! Congrats and Thank you to everyone helping and supporting Neri — that’s been a great community effort! ❤

Note: Generally more cryptomonKeys were sent out to miners than to stakers, simply because we have way more miners than stakers. Also, we had to slightly reduce the mean rarity of cryptomonKey rewards for both miners and stakers this round. The reason simply is that we didn’t have that many rare/uncommon cards left, and we would otherwise run out of cards faster than we can make new ones. We will try to increase rewards especially for higher ranked miners and stakers in the coming cycles.

Since we started few weeks ago, a total of 8337 cryptomonKeys sent out for monKeymining and staking:

Total estimated market value of all cryptomonKeys sent out so far for monKeymining/monKeystaking: 342330 WAX/ $14,720.18 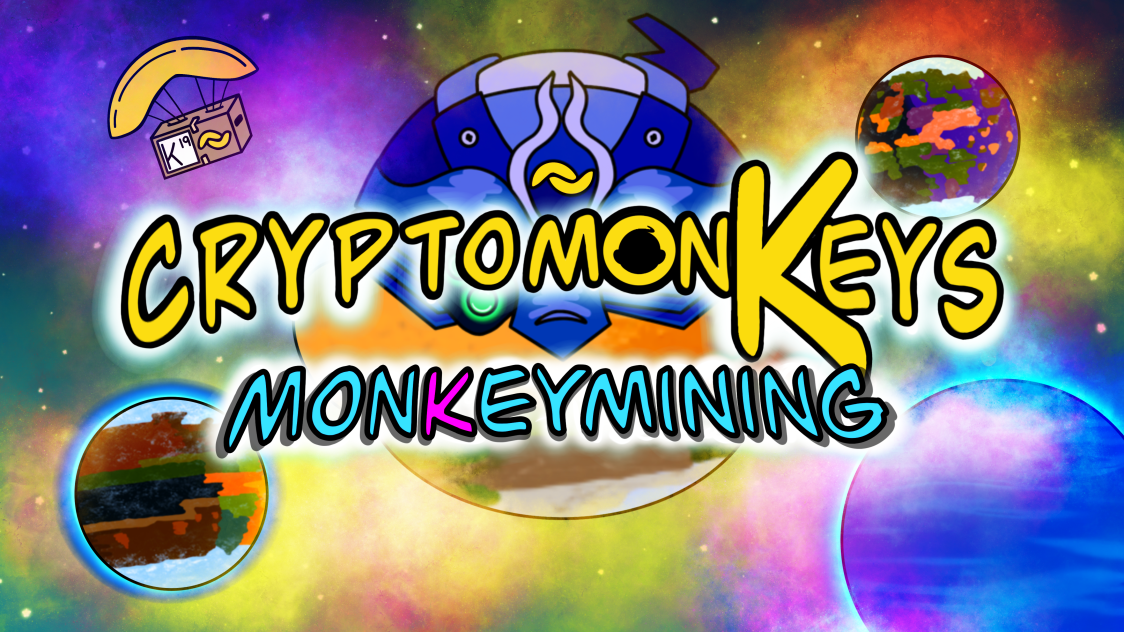